The Peaks of sophistication… right on your doorstep

This article was originally published on the Mirror website and this can be found here: http://www.mirror.co.uk/lifestyle/travel/british-breaks/weekend-break-in-the-peak-district-what-1292541 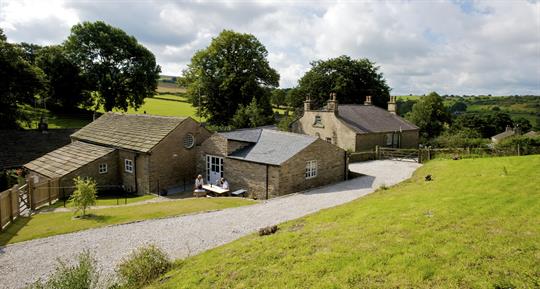 Grassroots: Kerridge End is set in the lush English countryside

Before I became disabled a few years ago, I loved to travel the world – Vietnam, Russia, Bali and Australia are just a few of the places I visited. I even lived in Japan for a bit.

After my stroke, things got a lot trickier. I now need help with everyday tasks – even a flight of stairs or a narrow door can pose a major problem for me.

It’s not easy to jet around the world in a wheelchair. It’s not impossible, of course, but it is much harder work and it can be incredibly expensive.

As a result, I’m learning to love things closer to home.

Which is why I was cautiously excited about the chance to visit Kerridge End Holiday Cottages, at Rainow in the Cheshire Peak District.

Usually, finding suitable accommodation is easy enough. But getting somewhere with a bit of character is often a much bigger ask.

We fell on our feet with Kerridge End. A group of three stone outbuildings connected to a main house, they were built in 1837, are Grade II-listed and have been sympathetically converted into luxurious, comfortable self-catering five-star accommodation.

We stayed in The Hayloft, all exposed beams and interestingly shaped windows. Everything was set perfectly for a wheelchair user.

There was a wet room with a shower chair, a waterproof wheelchair and a wheelchair-height work surface in the kitchen. There was even a lower level clothes rail in the wardrobe. The attention to detail was faultless.

From the homemade jam and scones waiting for us when we arrived to the iPad in the lounge that helped us to research the local area, owners Ivor and Lynn seem to have thought of just about everything under the sun. 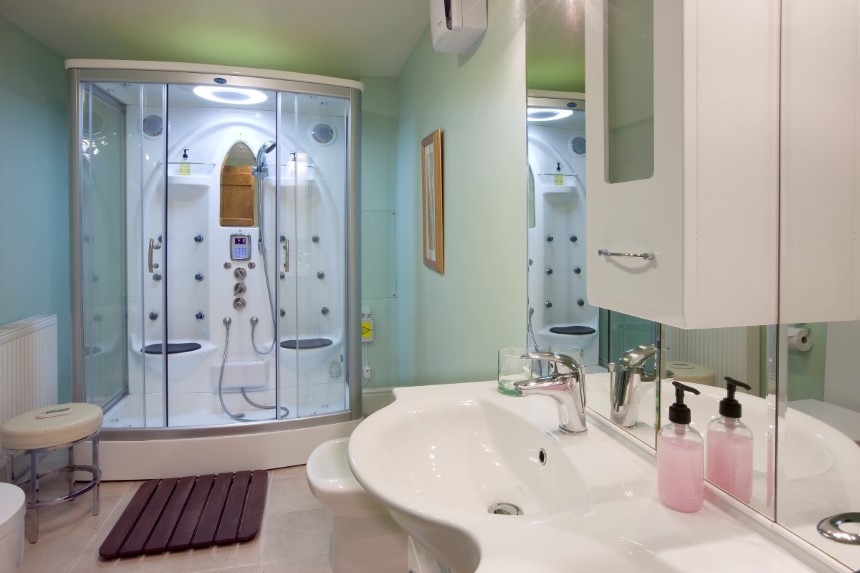 Rainow is a charming village surrounded by the majesty of the Peak District.

It’s supposedly home to two members of New Order and a Stone Rose – although they must have been keeping a low profile that weekend, as there was no sign of them in any of the pubs we stopped in “just in case”.

It was easy to see why this village would appeal to Mancunian rock royalty.

It’s got a feeling of isolation even though it’s only three miles from Macclesfield and 17 from Manchester.

Higgledy-piggledy old stone houses nestle in the shadow of the hills. It must make for a tranquil getaway.

The next morning brought a different kind of stargazing as we headed to nearby Jodrell Bank, home to the Lovell Telescope, the third largest steerable dish telescope in the world at 250ft.

It was the venue for the Stargazing Live programme on BBC2, presented by comedian Dara O’ Briain and Professor Brian Cox.

Looming futuristically over the Cheshire countryside, the telescope must have been an extraordinary sight for locals when it opened back in 1955.

There’s also a Planet Pavilion and a Space Pavilion, where you can learn about the wonders of the universe (and everything is completely wheelchair-friendly, of course).

We worked through the interactive displays and film shows and left with our heads full of orreries and azimuths.

To be honest, we were at times a little blinded by some of the science, but the Whispering Dishes demonstrated really clearly what was going on.

These are two satellite dishes separated by a couple of hundred feet. You whisper into the centre of one of them and your friend, stationed in front of the other one but at the same time well out of earshot, should be able to hear you as clear as a bell.

It’s an eerie phenomenon that perfectly illustrates what is happening on a much larger scale with the huge telescope behind you.

Having fed our minds, it was time to feed our bellies, so we headed up to The Cat and Fiddle pub. It’s the country’s second highest at 1,690ft and it doesn’t look an inch under that. Snowy hillsides surrounded us as happy-go-lucky snowboarders strapped their helmets on outside.

We stayed nice and warm, enjoying a hearty lunch of braised pork belly for me and fish pie for my friends. All this was washed down with pints of Build A Rocket Boys, a local beer made for the band Elbow.

The Cat and Fiddle’s stunning location makes it something of a mecca for walking fanatics. But we were more than happy just to drive up the A357. It’s supposed to be Britain’s most dangerous road, with frequent crashes. But the magnificent views along the way easily made it worth the supposed risk.

We finished eating just in time to head back to Kerridge End and start thinking about making dinner in the immaculately appointed kitchen.

The Peak District is not Kyoto or Ho Chi Minh City, as we all know. But sometimes, what you really need is right on your doorstep.

As we relaxed over wine and risotto a few hours later, we knew we’d found the pot of gold at the end of the Rainow.

Premier Cottages has 1,000 4* and 5* self-catering cottages in England, Scotland, Wales, Ireland, the Isles of Scilly and the Channel Islands.

Macclesfield is 2hrs 50mins by car from Peterborough and 1hr 15mins from Bradford.

Follow us on Social Media to find out whats going on Kerridge End Holiday Cottages.

We use cookies on our website to give you the most relevant experience by remembering your preferences and repeat visits. By clicking “Accept”, you consent to the use of ALL the cookies.
Our PolicyCookie SettingsReject AllAccept
Manage consent

This website uses cookies to improve your experience while you navigate through the website. Out of these, the cookies that are categorized as necessary are stored on your browser as they are essential for the working of basic functionalities of the website. We also use third-party cookies that help us analyze and understand how you use this website. These cookies will be stored in your browser only with your consent. You also have the option to opt-out of these cookies. But opting out of some of these cookies may affect your browsing experience.
Necessary Always Enabled
Necessary cookies are absolutely essential for the website to function properly. These cookies ensure basic functionalities and security features of the website, anonymously.
Functional
Functional cookies help to perform certain functionalities like sharing the content of the website on social media platforms, collect feedbacks, and other third-party features.
Performance
Performance cookies are used to understand and analyze the key performance indexes of the website which helps in delivering a better user experience for the visitors.
Analytics
Analytical cookies are used to understand how visitors interact with the website. These cookies help provide information on metrics the number of visitors, bounce rate, traffic source, etc.
Advertisement
Advertisement cookies are used to provide visitors with relevant ads and marketing campaigns. These cookies track visitors across websites and collect information to provide customized ads.
Others
Other uncategorized cookies are those that are being analyzed and have not been classified into a category as yet.
SAVE & ACCEPT
Good to Go

We have made changes to minimise the impact of Covid 19 for all at Kerridge End Holiday Cottages.

We have completed Covid 19 Cleaning and Risk Assessment training.

We have reviewed our cleaning and safety protocols to help protect you, our staff and ourselves.  This will mean that things are slightly different, which we feel sure you will understand.

We still want you to feel as welcome as ever and enjoy your time here.
Cleaning will take extra time –we now “triple clean” –our usual high level cleaning and virucidal sanitising is enhanced by a final fogging process.  This means that we will take a little longer for each changeover, our guests’ health is a priority.  To ensure time is available to thoroughly complete our triple clean programme we are leaving one full day between bookings.

On arrival…
Please park in the carpark.  Please contact us to confirm your arrival.

Please check in on the NHS Covid -19 App using the QR Code you will find in the cottage, the app can be downloaded from the App Store or Google Play.

We will come and say hello – keeping a safe distance.

During your stay…
Your cottage will have a supply of cleaning materials, including virucidal disinfectant, tissues, hand wash, sanitiser, cloths and disposable gloves for guests use.

If any of you show any signs of Covid-19 infection during your stay, please let us know.  The Government advice is to return to your primary residence, and self-isolate for a period of 7 days (14 days for others in your cottage/group).

At all times during your stay, please maintain a distance of at least two meters from other guests and ourselves.

Some things may be missing – to reduce the risk of touch contamination, this means that decorative cushions and throws, ornaments, paper information leaflets, books, toys, games, etc. have been kept to a minimum.

We appreciate your understanding and cooperation.

We look forward to welcoming you to Kerridge End Holiday Cottages.